You are here: Home / News / CHL-NCOLCTL 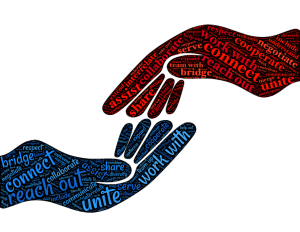 Shared solutions to common problems—that’s the motto of the US-based National Council of Less Commonly Taught Languages (NCOLCTL).  And in the true spirit of upholding this vision, the NCOLCTL and the School of Culture, History & Language (CHL) have recently entered a collaborative relationship, to foster the spread and exchange of knowledge and best practices in the less commonly taught languages (LCTL) space.

In 1988, dynamic leaders in the LCTL space, Dr Richard Brecht and Dr Ronald Walton, called a group of LCTL instructors to seek common ground and discuss matters related to their field. Through this meeting, the leaders discovered that everyone had the same challenges in teaching less commonly taught languages—poor teaching materials, no formalised instructor methodology, and no voice in the mainstream language education sector. The rhetoric in foreign language discourse was, for the most part, dominated by French, German, Italian and Spanish. Something had to be done to ensure that LCTLs were represented at the national level. This led to the group eventually drafting a proposal for the Ford Foundation to seek funding to develop a framework to resolve common problems.

Two years later, what began as a conference of people in a common space grew into a council in 1990, with the conception of a national council of organisations of LCTLs. The council encouraged people who taught LCTLs to form organisations and then join forces as a conglomerate of organisations dedicated to endorsing the development and progress of LCTLs. This was the driving force behind the genesis of organisations like the African Languages Teachers Association (ALTA) and the South Asian Language Teachers Association. Subsequently, when Dr Antonia Schleicher a founding member of the council, took over as the NCOLCTL President, she opened up the council to bring on board individual members associated with LCTLs, in addition to organisations. As such, the NCOLCTL is dedicated to strengthening the LCTL professions through enabling its members to work toward “shared solutions to common problems.” Anyone who deals with teaching, learning, interpreting, translating and researching LCTLs is supported by the organisation.

Since its inception, the NCOLCTL has spearheaded a wide range of initiatives:

As part of its primary mission to further the cause of LCTLs, the council, therefore, is extensively focused on policy and planning for LCTLs; voicing the collective concerns of the larger LCTL community; strengthening LCTL teaching organisations; advancing the professional development of LCTL instructors; and developing LCTL curriculum. The council also promotes the use of technology to enable a new era in cross-cultural understanding, communication and language education. Most recently, the NCOLCTL has also established its own press that publishes LCTL textbooks.

According to Dr Antonia Schleicher, along with adversity, COVID-19 has brought with it opportunities as well. The ability of the council to drive activity via the online platform has been a learning in itself. While difficult to begin with, the NCOLCTL has now mastered multiple remote-location collaboration and communication. This is enabling the blurring of geographical boundaries and bodes well for future partnerships and interactions. In this context, the CHL-NCOLCTL collaboration also holds great promise.

Working with the NCOLCTL will enable CHL to participate in initiatives such as working with the foreign language community on policy issues and establishing effective standards for the LCTLs, as well as fostering national and international linkages within and across the various language areas. This membership will give CHL’s LCTL academics many opportunities, including online webinar participation, flagship event collaborations, writing in the NCOLCTL journal, submitting write-ups to the NOCLCTL newsletter, and even publishing textbooks through the NCOLCTL Press. Teacher training is also another possibility, as the NCOLCTL is renowned for its module on teaching LCTLs.

According to Dr Schleicher, what’s exciting is the prospect of CHL and the council working together on create standards for CHL-specialised LCTLs such as Indonesian, Mongolian, Sanskrit, Hindi, Tibetan, to name a few. CHL LCTL instructors getting involved in theoretical discussions to create standards and research-based teaching and learning materials would be game changing.

Ultimately, the confluence of LCTL experts across the globe is the need of the hour to achieve the highest standards of LCTL teaching, which otherwise continues to be informal and challenging. Dr Schleicher recounts her own experience as a first-time teacher of the African language Yoruba at Yale. She had never taught a foreign language in the US. It was a disaster, according to her, because she was translating English into Yoruba to teach her students, without

any cultural context. Later, when she attended a workshop on language pedagogy, she realised the importance of being true to the language one teaches. “I realised I wasn’t doing justice to my own 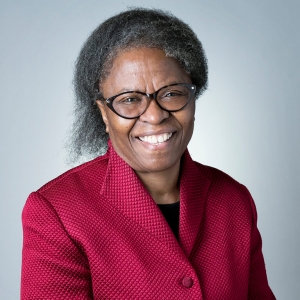 language; rather, I was belittling it, because I was teaching an African language from the lens of a European language.” This was a turning point for Dr Schleicher, and she hopes, now that CHL is an institutional member, that many more LCTL instructors benefit from this platform to nurture and promote their LCTLs the world over.